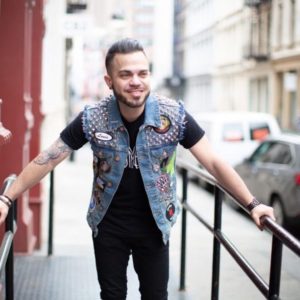 Have you ever had one of those extremely vivid dreams? You wake up and can’t tell if you were dreaming or remembering because it just felt so real. Well, I had a dream like that about knitting. Except up to that point, I had never so much as tied a knot let alone knit or purl.

But I woke up that morning after that dream and my hands were in the air as if they were holding needles. Intrigued, I started watching knitting videos on YouTube and taught myself how to knit.

That was 11 years ago. Since then, knitting has become my passion, my creative outlet, my obsession. I love changing people’s perspectives on knitting. No one should have a fear of doing what they love because of fear of judgment from others, or what others may think. For me, one of the best side effects of my knitting is that I’m helping to break down barriers and expectations about gender roles. Loving what you do shouldn’t be limited by what’s considered “normal” based on gender.

Born and raised in Brooklyn, my creations are bold, colorful urban couture, inspired by the city I love – New York.  I find inspiration on the subway, walking down the street, crossing the bridge, watching the sun set on the ever-changing city skyline. Most of all, I’m inspired by my customers. I love to collaborate with them to create their perfect, one-of-a-kind piece. I started Brooklyn Boy Knits in 2011 after many requests from family and friends. It wasn’t until 2017 that it turned into a business. Thanks to a fateful subway knitting session that was captured by none other than Frenchie Davis. After she spotted me on the train and posted a photo of me that went viral, more and more people began to hear, see, and learn of my story.

Thanks to Frenchie’s post, my story has now been featured on the New York Daily News, Brooklyn News 12, CBS New York News, Telemundo, Fox News, Vogue Knitting Magazine, Knitting Magazine UK, and more! Since then, I’ve taken my platform and began working with schools and organizations throughout the east coast. In 2018 I joined Lion Brand’s “Hat Not Hate” Anti bully Campaign, to help rally against bullying.

My story is proof that if you follow your passion, regardless of what others may think, you will find success. More importantly, teaching others that through knitting, anything is possible. 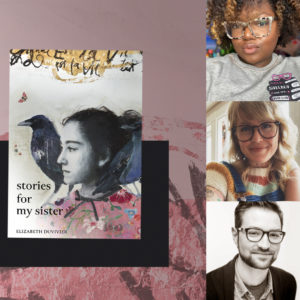 “There is justice. There is injustice.There is

Remembering a moment of grace thanks to Phoebe @un

Hello friends. A few minutes ago, with profound di

We wanted to offer support and comfort to you know

Hooray for Squammies! We want to know what you’r